If you're interested, this is my Christmas card insert for 2010!

2010 started on a run…literally! On January 9, Barry, Amy,Kayla and I ran in the Disney Donald Half Marathon. Barry completed the Goofy Challenge by also running the MickeyMarathon on the 10th. The girls beat me (of course!) but I was thrilled to finish. Kirk (my older brother) joined us, and two of his kids – Julia and Carl – were cheerleaders. 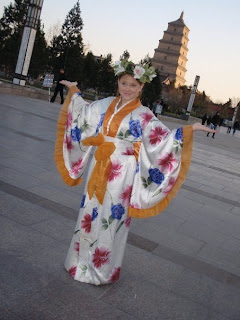 For those keeping track, Amy’s abroad resume added Turkey to France, Peru, China, and Japan. She returned early after a difficult employer experience. Before coming home, she traveled through Turkey, Syria, the Greek Isles, Athens (during the riots!) and London. Nordstrom’s gladly rehired her, and Amy pursued and obtained aChicago teaching job. Amy and I made the massive moving drive with the over-laden van. This effort was overshadowed by the subsequent IKEA trip and exhaustion from assembling all her furniture. She teaches Spanish at a Charter school on the South Side, and enjoys city activities, Rotaryact (the Rotary club for young adults), and living near her family and friends. 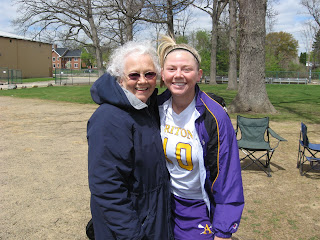 Kayla is now half way through with her senior year in Athletic Training. She has decided to attend graduate school, so we are waiting for the decisions. Kayla is a Delta Gamma, and was one of the Lacrosse team captains for Albion’s first varsity squad. My mother and Idrove over in April to see her play two games and Barry was able to fly in the following weekend for another. Kayla stayed in Michigan for the summer, completing clinical hours at sports camps and working full time on the Albion maintenance crew. She came home for jury duty and was almost chosen for a murder trial – much pleading resulted in being excused and returning happily to Michigan. 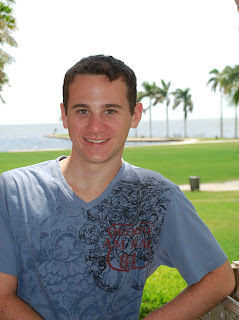 Christopher is a high school senior. We took a summer tour of Mid-western engineering schools and later flew to Atlanta for Georgia Tech. He is in at GT and Purdue, hoping to study biomedical engineering. Chris is a leader of his high school community youth group; substitutes as an accompanist at church; participates in the school scholar group; and in general keeps very busy with homework and friends. As Chris did NOT run the Donald half marathon last year, he signed up and is training for 2011. Chris won a local piano scholarship competition and is his school’s nominee for the Silver Knight award in music.

Barry traveled more than usual with Kraft’s acquisition of Cadbury. On the positive side, we are well stocked with Trident/Dentine and chocolate. He enjoyed the annual Clearwater golf/fishing weekend with his buddies and brothers. He is training for the 2011 Goofy. Barry took me to his end-of-year work celebration in San Carlos de Bariloche, Argentina, treating me like a queen – international first class…did you know they had seats that lay flat for sleeping??

In a moment of insanity and medal lust, I registered for the Goofy Challenge. No, I have NOT run a marathon before! I did run three 2010 half marathons. In for a dime… does anyone have a dollar? Still a small group bible study leader – Romans, this year. I’ve been singing with another Catholic Church’s choir as a…gasp…soprano! That’s what they needed, so that’s what I am (except for those pesky high G’s, I’m not so bad!). 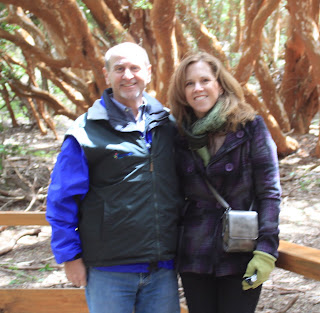 Wishing you a Merry Christmas and Blessed New Year. May the light of Christ guide, encourage and comfort you through 2011.
Posted by Ann at 5:19 PM No comments: