The second Josh picked us up for the final chapter of our Great Alaska journey - we traveled with Lisa to Denali, stopping at Talkeetna on the way. 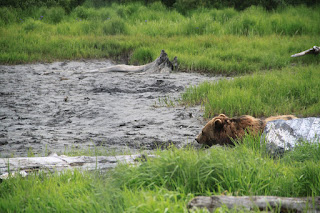 Our first stop on the drive was the Alaska wildlife Conservation Center. Rescued animals were kept in large natural fenced areas. They had a grizzly who was found as a young cub with hundreds of porcupine quills in his feet, abandoned and starving. He now lives at the center, healed and happy, unable to leave since he never learned how to survive in the wild. Moose, wolf, deer, caribou, porcupine...all were represented.

Next stop was lunch - at the Alyeska Resort and Hotel, a ski resort. We took their tram to the top of the mountain (2300 elevation) and enjoyed snow and lunch with a view. 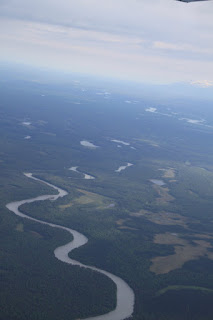 Next stop was Talkeetna, a town often used as the beginning point for Mt. Denali climbers (remember, Mt. McKinley is now called Mt. Denali). It's cute and quaint; we arrived in time to check in to our rooms at Susitna River Lodge before heading over to the airport. We were to do a Denali flyover. However, that day Mt. Denali was cloud-covered, making for poor viewing and bumpy flying. We were offered cancellation or a different tour, and all decided to do the flight. 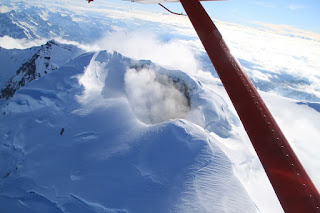 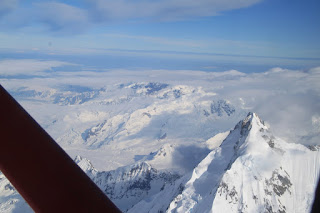 We flew over beautiful valleys, where each homestead had a small airstrip - no road access. The mountains were majestic, and when we climbed to 12,000 feet we were able to see glaciers, glacial lakes, a fabulous look into Mount Spurr, an active volcanoe.

Glad we decided to make the flight. It was fabulous. Dinner in Talkeetna, just made it into the restaurant before the 9 p.m. close. Another fun day with Lisa, a good day getting to know Josh, who as tour guide was able to join us on the flight. 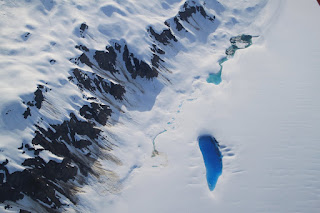